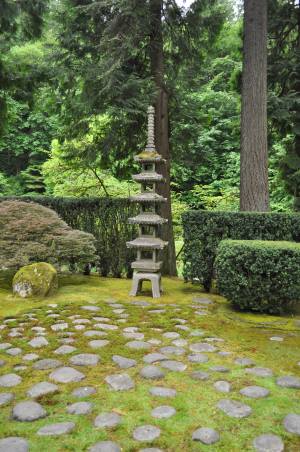 I had been to Portland a while ago when I visited for my fraternity's convention so I had already done a bunch of the tourist stuff before. I had already gone and seen Powell Books (which is epic) and also voodoo donuts (which I still have yet to understand the hype over). So this time I decided to do the touristy stuff that are slightly off the beaten trail, at least for me.

The first thing I went and saw were the Portland Japanese Gardens. The gardens were so gorgeous I didn't even know what to do with myself. I wanted to stay here forever. The design of the gardens were excellent and they each flowed seamlessly from one to another. Each section was only revealed when appropriate and it felt like I was slowly guided through the garden by an invisible force. Each of the 5 gardens were very different, but each were gorgeous. I wouldn't be able to tell you if I preferred one over the other because they were each perfection in their own right. 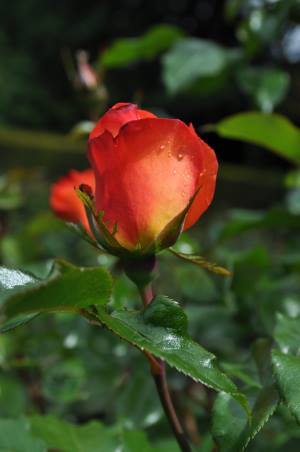 After seeing the splendors at the Japanese garden, it's no surprise that the international rose test garden didn't really appeal to me. The first problem was that most of the roses weren't in bloom yet so it wasn't fully gorgeous. The second problem was I got stuck in a bush of thorns when trying to take the picture to the right. Thirdly, I don't really like the smell of roses which was kind of confusing me as to why I chose to come here in the first place.

After seeing the 5 bushes that were in bloom I walked to 23rd ave which turned out to be the hip place to be. I tried PBJs like my friends recommended and it was phenomenal. I didn't know you could make PBJ in such various ways and have them all taste amazing. I think I about died. Afterward I went to Papa haydn for a dessert which was also to die for. I had the Velvet Gianduja which was just luscious. After all that I met up with some brothers from Portland for dinner at Casa del Matador. Even though our waitress never came to get our order it was still a phenomenal time catching up with everyone and meeting the new people in the area that I had never met before. A couple of them even took me to the Rocky Butte Natural area which was super cool! You got to see a view of all of Portland and also some of the surrounding mountains. Even though it was night you could still see far away and got an amazing view of the stars. 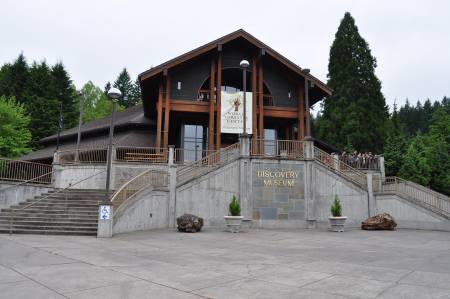 The next day I went to the World Forestry center to see their discovery museum which was super fun. I got to learn about forests around the world and also about different animals that depend on trees. I also got to learn about environmentally sustainable tree cutting which was cool to see. If you like forests I highly recommend this museum.