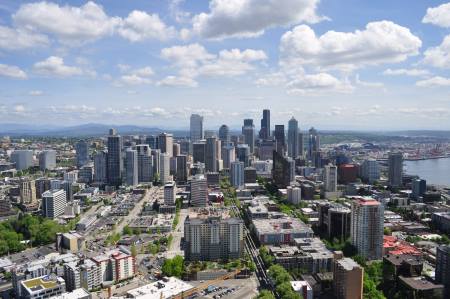 So the first thing I did when I got into Seattle was to go to the Space needle. It costs \$20 to go to the top or you can do lunch for \$25 and get a free pass to the top. So basically it's like getting a lunch for \$20 if you're going to the top already! The only problem was that the lunch was horrific. It was probably the worst food I had ever tasted. The only good part was the clams at the beginning. Those were edible. The herb-crusted chicken sandwich I couldn't even finish it was so bad. 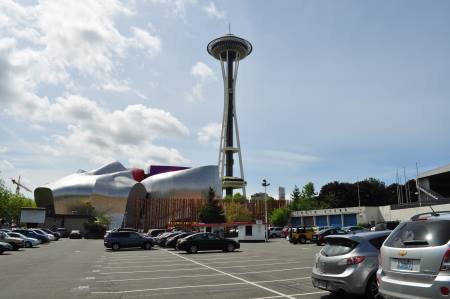 One fun thing I did do while in Seattle though was go to the Pacific Science Center. They had a lot of cool exhibits going on. I really liked the Science Playground section and also their planetarium was pretty cool too. It was super tiny, but a fairly well done presentation. 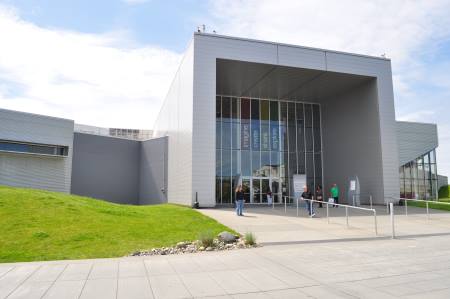 While in Washington I also decided to make a quick trek up to the Boeing factory to take the 'Future of Flight' tour which was kinda phenomenal. We got to see planes being worked on! We also got to see the new 787 dreamliners, which are phenomenal btw. We also got to see one of the biggest buildings by volume. The building is so big that it used to have its own weather patterns! Apparently one time even a cloud formed inside the building and it started raining. After that they changed the ventilation system to handle the weather patterns, but that was super cool to learn about as well!

While in town I also met with the Psi chapter brothers which is always a blast. We went to a greek week event and got to meet other fraternities. One of the guys even congratulated me on us joining the NIC! So cool! For dinner we went to Thai 65 which was pretty good thai food. That night a few of us disappeared and went to Pony and R Place. Pony was fun to just have drinks at and R Place was a fairly fun dancing place. R Place was fairly dead empty, but they did have a pole! So I had myself a fancy drunk pole dance which was fun, even though I was probably completely sloppy.

While in Seattle I also had Five Guys for the first time. I must say I wasn't too impressed. I'm still an In N Out kinda guy I guess. I also went to Pyramid Alehouse with one of my fraternity brothers. The food was fairly standard, but it was fun getting to catch up with old time friends.