By thecaligarmo, Published on Sat 11 May 2013
Category: Mandelbrot 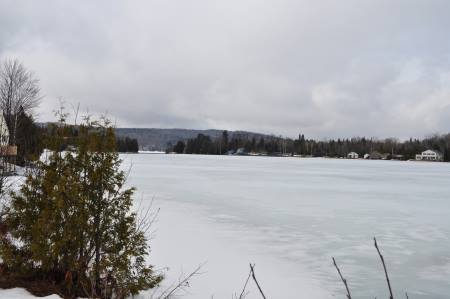 Vermont was such a beautiful state to drive through! Just look at the frozen lake above to know what I am referring to. It was so fun driving through Vermont.

A fun thing happened while getting gas. I noticed another smart car! He pulled away from the gas pump and pulled into the station to park. I noticed he had left his gas tank open so I went up to him to let him know his tank was still open. He said thanks and we went off our separate ways... for a few minutes at least. I went to the bathroom and on returning the guy came up to me and started talking to me! He turned out to be Frank Geier who was in the Vermont Legislature. We talked about smart cars and energy efficient cars and how to not use too much energy nor resources. It was actually really cool! We each went our separate ways after, I to Maine and him to the snowy mountains to go skiing.... He took his smart car to the snowy mountains! Super cool. Apparently snow tires help a billion for smart cars. Noted!