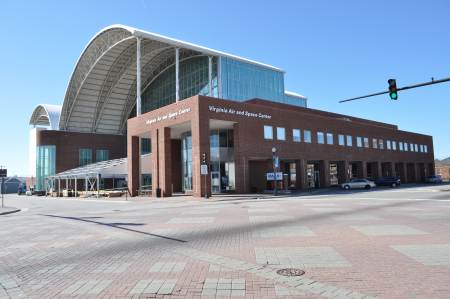 So I drove down to Hampton just to see the Virginia Air and Space museum. It was oddly a super fun museum! They had Apollo 14 out so that you can see it without a plastic encasing. They also had a game in the back so that you can play on an xbox 360 which was pretty fun. They also showed how airplanes work and the different things the wright brothers had to learn in order to get their planes flying properly. Their space exhibit wasn't to big, but it was still fun to peruse. There was a lot of interactive portions that required you to do something to learn something. They weren't necessarily the most fun, but it was still a nice museum. 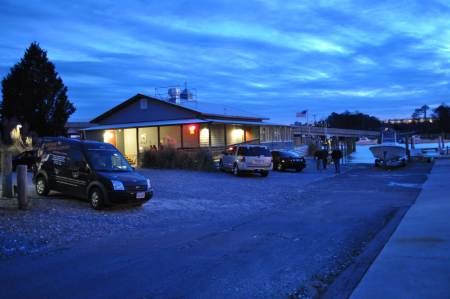 The night before I went to a seafood join which is now my standard for all seafood. As you can see it was right on the riverfront and was super cute! I walk in and sit in the bar and the owner of the restaurant is the one to serve me! The first thing he asked me was what kind of sea food I liked and from there we broke it down to the fact that I should either have the mussels or the scallops. I went for the mussels and some hush puppies. The mussels were so delicious there are no words to describe how good they were. The hush puppies were super good too. The place was also very affordably priced. In order to help them out I even bought dessert so that they make a little more money. I ate the key lime pie which tasted roughly equivalent to the one I had had in Key west. Which made me glad to know that the key lime pie is pretty much the same everywhere.