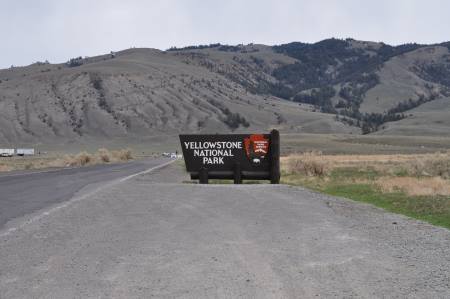 Yellowstone National Park! We made it!!! Even before passing through the entrance we started seeing bison everywhere it was epic! 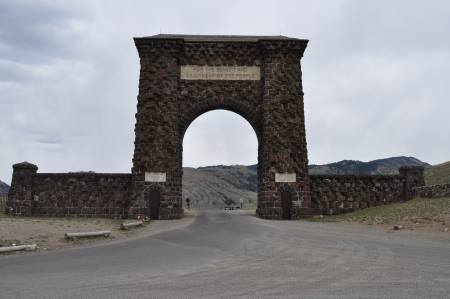 And let's not kid ourselves, the roads were created just for the bison! Look at these three just walking like they own the entire road. 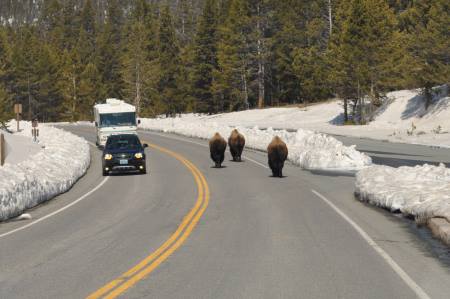 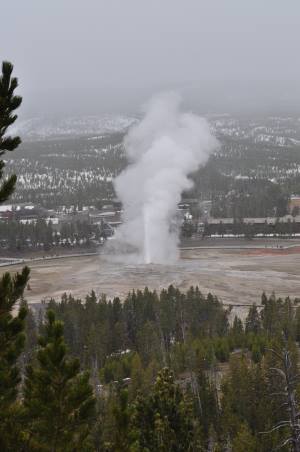 While in town it was required to go and see Old Faithful, which was really a nice site to see. We walked up to the observatory point and saw it from above which was really nice. You got to see a full aerial view of the geyser going off. My favorite geyser though was the riverside geyser. We had to wait over 2 hours for the geyser to go off, but when it did it was epic! The geyser had 3 jet streams coming out from it and shot into a river. It ended up being one of my favorite geysers of the whole park.

Not only were there geysers though, but there were a lot of springs throughout the park. Below is an image of morning glory which was probably one of the prettiest ones. Springs could be found almost anywhere! It was super cool. 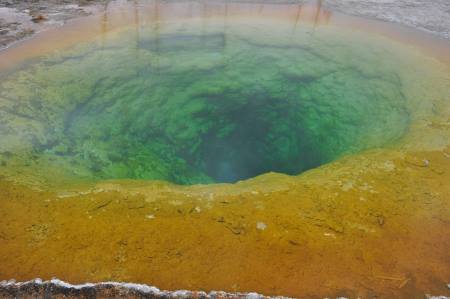 Yellowstone had a lot of hiking trails, but while we were there most of them were closed because of all the snow! Just look at the image below to see how bad it was. Even with all the snow we got to do a few hiking trails which was fun. We even go to see the 'grand canyon of yellowstone', which was just a canyon. It did have 2 massive waterfalls inside of it though which was pretty neat and fun to watch. 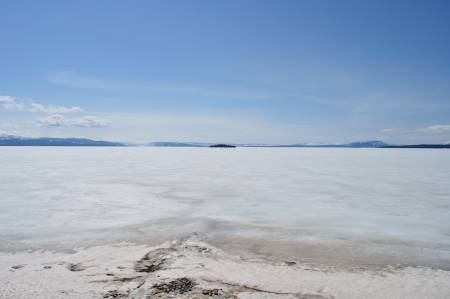 Yellostone has definitely been one of my favorite national parks. I'll definitely have to take my younger brother here one of these days.